‘Mega bullish signal’ or ‘real breakdown?’ 5 things to know in Bitcoin this week

Bitcoin (BTC) showed strength at the June 8 Wall Street open as impatient traders waited for a trend to emerge.

Bitcoin still in “no trade zone”

Data from Cointelegraph Markets Pro and TradingView showed BTC/USD jumping to near $30,850 after the opening bell, helping claw back some of the ground lost in an overnight correction.

Choppy trading conditions prevailed within a familiar range on the day, however, leading to both long and short traders seeing increased risk on low timeframes.

For popular trader Crypto Chase, this was a prime period for the transfer of value to “smart money” — away from small-volume speculators and those with “weak hands.”

A prior Twitter post had argued for a hands-off approach until a decisive level had been breached.

Little interest in $BTC until one of these levels is breached. At that point, we watch for either continuation or price to re-enter range. If re-enter range, I expect the other side to fail and continuation in that direction (as drawn). I tend to lean towards left most drawing. pic.twitter.com/d5JgsAM4LR

Fellow trader Crypto Tony argued that $29,700 needed to hold as support for a further upward momentum to enter.

Stocks were flat at the time of writing, with 48 hours still to go until the latest United States Consumer Price Index (CPI) readout.

Laying out the possible reactions from BTC/USD, Twitter account PlanC identified between 8% and 8.3% as having a “neutral” effect.

This CPI print on June 10, will be very interesting.

Elsewhere in macro, the poor performance of the Japanese yen versus the U.S. dollar was again on crypto commentators’ radar.

Related: ‘Can it get any easier?’ Bitcoin whales dictate when to buy and sell BTC

Even as the U.S. dollar index (DXY) failed to continue its rally above 20-year highs, USD/JPY reached levels not seen since the start of 2002. 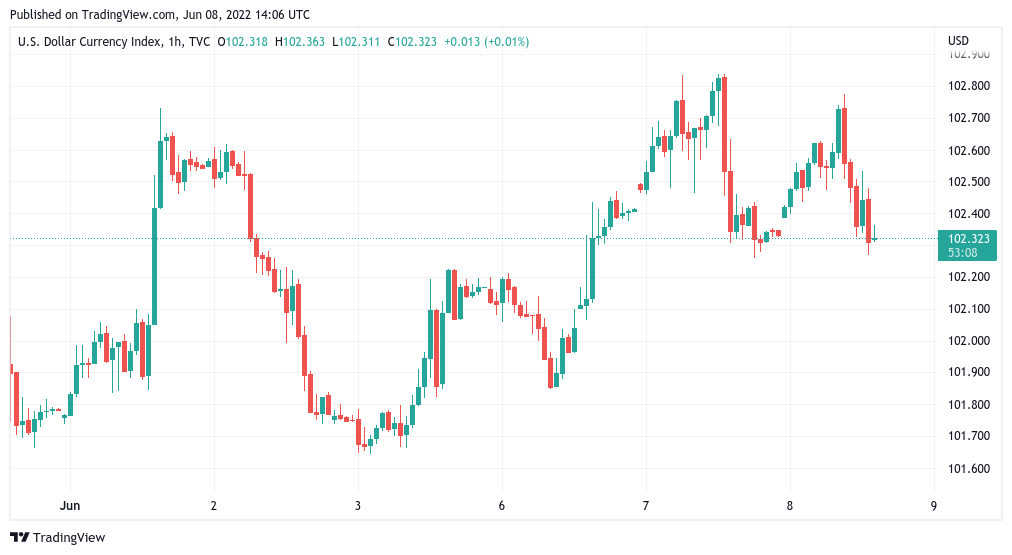 BTC/USD traded in a more modest territory near local highs from before May’s crypto dip, still far from its record peak, as with the dollar seen in November 2021. 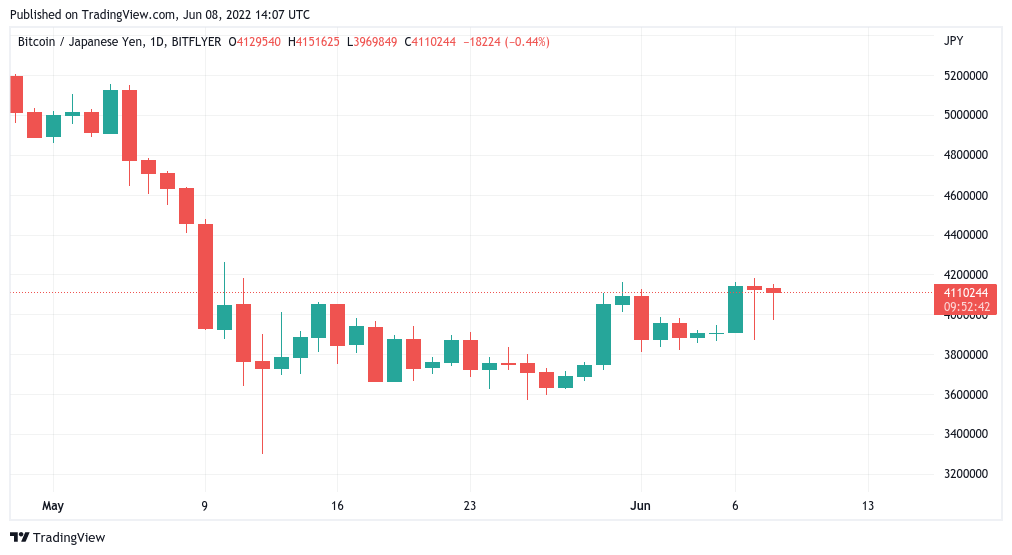 Japan’s central bank continues a policy of quantitative easing, in stark contrast to both the U.S. and European Union, both of which are aiming to reduce their central banks’ balance sheets.

The third largest currency in the world is falling off a cliff vs. the USD.

Make no mistake. This is the fate awaiting every fiat currency vs. the USD, and eventually the fate of the USD vs. #Bitcoin pic.twitter.com/vZkN6Uyl5e

“Turns out that the monetary experiment in Japan is not going too well,” analyst Jan Wüstenfeld responded.

The views and opinions expressed here are solely those of the author and do not necessarily reflect the views of Cointelegraph.com. Every investment and trading move involves risk, you should conduct your own research when making a decision.

What Does The Bull Div On Ethereum RSI Mean For The Top Altcoin?

Mining Operators Fret As Bitcoin Looses Ground, What Lies Ahead For The Mining Community